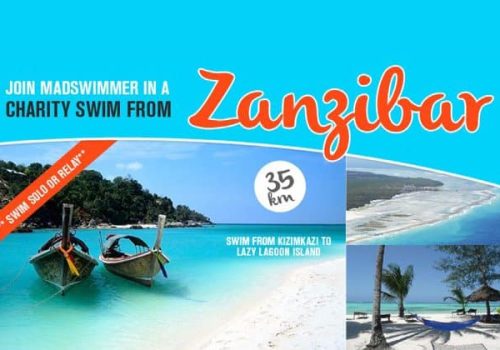 On 10 October 2015 Madswimmer made history with the first ever group crossing of Africa’s version of the English Channel – the Swahili Channel. Sixteen swimmers completed the 31.8km from Zanzibar to Tanzania in 9 hours and 38 seconds. Five swimmers completed the entire distance, Megan Harrington-Johnson (SA), Emil Berning (SA), Jean Craven (SA), Rob Dunford (Kenya) and Samantha Whelpton (SA). The swimmers left Zanzibar just after 6 am in the morning. Conditions were good overall except for a lot of jelly fish, blue bottles and fire weed en route as well as massive currents and swell for the last 2 hours. The swim managed to raise over R100 000 for Tumaini La Maishi, the children’s cancer refuge centre in Tanzania.