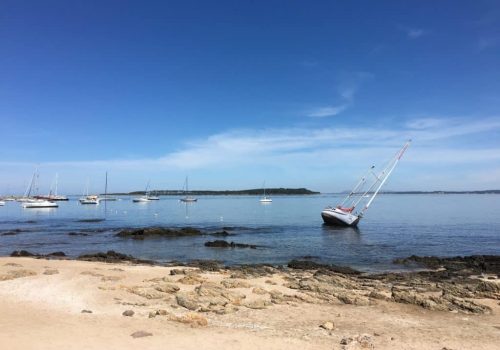 On 5 December 2015, five Madswimmers did the highest swim in history in lake Tres Cruces Norte on the border of Chile and Argentina in the Andes Mountains at an altitude of 5909 m above sea level, 700 m higher than pioneer swimmer Lewis Pugh on Mt Everest in 2010.

The team used pickaxes to cut open a 30 cm layer of ice to prepare a swimming lane in the crater of this volcano after a 1.1 km ice ascent since 4 am that morning. This climb alone took them over 6 hours, after a tough hiking expedition of 8 days in the Andes. Members’ physique took strain, but their good spirit remained throughout. The big smiles portrayed in the video footage after the swim proved victory over this huge mental challenge they tackled and conquered!

Jean Craven, Herman van der Westhuizen and Chris Marthinusen completed the 5-minute swim in average water temperature of 0.5 to 2 deg C in speedos only, and Evan Feldman and Milton Brest in wetsuits. Robert Graaff rendered support and Juandre Human also didn’t swim due to medical restraints. However, they all had to face a quota of serious challenges on this expedition, which most of them describe as the hardest they have ever embarked on.

It has been a long journey since the team left South Africa on 23 November but they have trained and mentally prepared for this point for months. The original plan to swim on top of Volcano Ojos del Salado at 6400 m did not pan out as the pool was solidly frozen. They changed strategy on day 3 of the trip and headed to Mt Tres Cruces, summited the crater at 6014 m on day 8 and swam the same day. The ice-covered layer of the lake was 30 cm thick and the chain saws they carried with were too weak to cut open a swimming lane at that altitude. Eventually the team had to revert to pickaxes and hours of hard manual labour on the day of the swim and that after 8 days of tough hiking (often near vertical snow fields) extreme cold (-18 deg C at night) and at an altitude where it is literally hard to breathe. Any name for this group other than MADSWIMMER would simply have been inappropriate. Rewardingly, the attempt earned Madswimmer a nomination by the World Open Water Swimming Association (WOWSA) for its Offering of the Year Award. South Africans are invited to read more about this nomination and please vote for them here: https://goo.gl/CDQjiO.

The swimmers have been supported by Dr Sean Gottschalk and Darryl Wood, specialists in altitude acclimitisation and hypothermia, tour guide Sean Disney of Adventure Dynamics International, 4 support climbers and Charl Rorich, the cameraman who had to bring back the proof. Jean Craven, swimmer and founder of Madswimmer, noted that the professional support of this team has been an indispensible part of their victory.

Maswimmer.com is a registered South African charity that raises funds for various children’s charities by doing daring open water swims. During its 7 years of existence, it has paid out in excess of $420 000 USD (almost R6-m) aimed at changing children’s lives. The public is invited to please have a look at the work done by these charities and donate under the DONATIONS tab of this web page.